Petty Officer 2nd Class Kelly Darby, daughter of Tom and Susan Darby of Dupont, has received The Navy and Marine Corps Achievement Medal. This medal was awarded by the Secretary of the Navy to Kelly for professional achievement as an instructor on board moored training ship 635 at Naval Nuclear Power Training Unit, Charleston, South Carolina from July 2011 to July 2013.
The award states that she received the medal for displaying outstanding training techniques and mentoring abilities which helped enable her crew to graduate over 237 officers and enlisted nuclear operators. She demonstrated sound maintenance and technical abilities which were instrumental in the proper execution of 8 complex radiological controlled repair packages resulting in zero rework and allowing for an on time return to student training. The award goes on to state that Petty Officer Darby’s exceptional professionalism, unrelenting perseverance and loyal devotion to duty reflected credit upon herself and were in keeping with the highest traditions of the United States Naval Service.
The award was given as she prepared to transfer from Joint Base Charleston to the U.S.S. Theodore Roosevelt, an aircraft carrier out of Norfolk, Virginia. 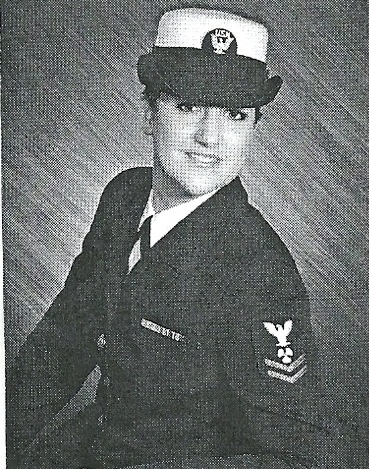