He was born on June 16, 1931 to George and Alta (Weller) Melia at Oakwood, OH. He was a 1949 graduate of Ayersville High School. He was previously married to Joan (Grawbarger) Melia and Linda (Warnimont) Melia.

Toad worked as a Police Officer for the City of Defiance and was Chief Deputy for Putnam County Sheriff’s Department until his retirement. He was a member of Buckeye State Sheriff’s Association. He loved coaching Little League Baseball for many years in Defiance and Miller City, Ohio.

In addition to his parents, he was preceded in death by his brothers, Don and Floyd Melia, and his sisters, Wanetta and Annabelle.

Visitation will be held on Wednesday, January 26, 2022 from 2:00 to 8:00 pm at Schaffer Funeral Home in Defiance, Ohio. A funeral service will be held on Thursday, January 27, 2022 at 11:00 am at Schaffer Funeral Home, with Pastor Terry Porter officiating. Due to CDC guidelines, if you are not fully vaccinated a mask is required to enter the funeral home, and our lounge area will remain closed. Burial will take place at Monroe Cemetery at a later date.

Memorials are suggested to CHP Defiance Area Hospice Center, or to a charity of the donor’s choice. Online condolences can be given at www.Schafferfh.com. 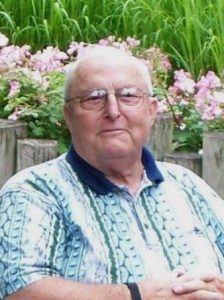