The funeral service for Deloris will be 11:00 a.m. Wednesday, July 27, 2022, at Christ United Methodist Church, Continental with Rev. Terry Porter officiating.  Burial will follow in Monroe Cemetery.  Visitation will be Tuesday from 2 to 8 p.m. at HEITMEYER FUNERAL HOME, Continental and again Wednesday from 10 a.m. until the time of the service at the church.

Memorial contributions may be made to Christ United Methodist Church, Continental.  Online condolences may be expressed at www.heitmeyerfuneralhome.com. 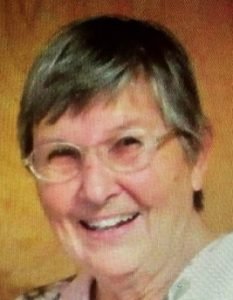