Mass of Christian Burial will be 10:30 a.m. Tuesday, November 18, 2014 at Immaculate Conception Catholic Church, Ottoville with Father Jerome Schetter officiating, burial will follow in the church cemetery with military rites by the Ottoville VFW. Visitation will be Sunday from 4 to 8 p.m. and Monday 2 to 8 p.m. at LOVE -HEITMEYER FUNERAL HOME, Jackson Township where a Knights of Columbus rosary will be Monday at 7:45 p.m. Memorial contributions may be made to Putnam Home Health and Hospice and Immaculate Conception Catholic Church.

Condolences may be expressed at: www.lovefuneralhome.com 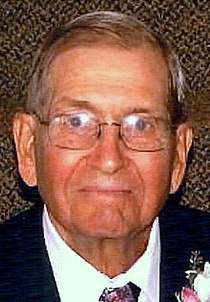