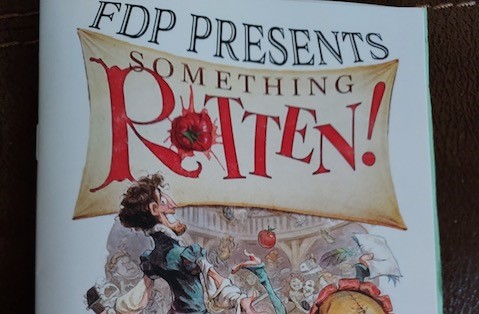 Friday night I attended the second performance of the Fort Defiance Players production of Somethings Rotten.  Although I did know that a number of former Continental Drama Club members would be in the cast, I was blown away at the start when CHS Grad Seth Rue belted out Welcome to the Renaissance.  The story features 2 brothers Nick and Nigel who are trying to keep their floundering acting troupe together while they find the next big idea for a show.  The show is a musical that features a lot of humor, toe tapping songs, and an interesting plot line.  Rue is not the only Continental friend that is in the show as lead Nick is played by Ezekiel Tracy, Rue plays the Minstrel, and Justin Etter is in the Ensemble.  The play is directed by Chase Mason and Etter served as an Assistant Director.
There is one more show to go to – Sunday April 25 2:00 pm at the Defiance Community Auditorium.  Tickets at the door are $15.  There is also an encore performance on streaming online on Sunday May 15 at 2 pm.  See shotix4u.com/event-details/62991 for details for the encore performance.
–Mike Jones, Feature Writer 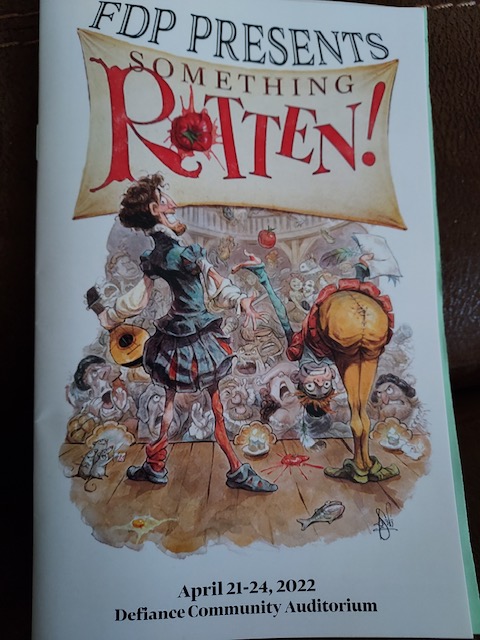