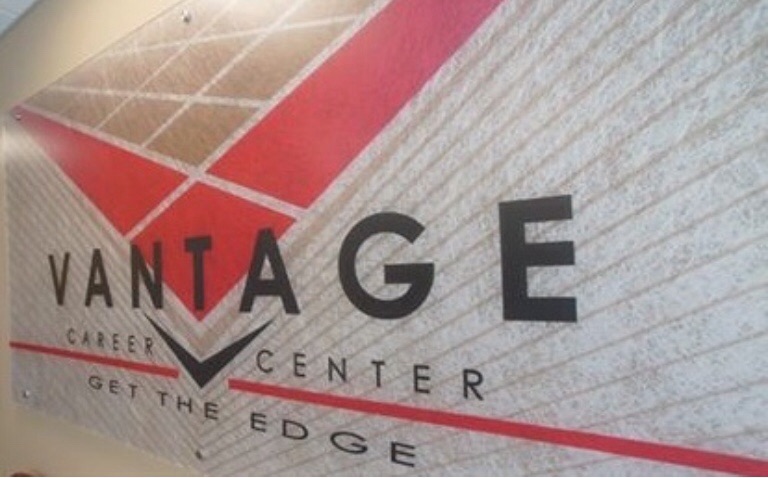 Vantage Seniors Honored:
Family, friends, and home school representatives, gathered at the annual Awards Ceremony on Friday, May 18, 2018 to recognize the achievements and accomplishments of senior students enrolled in Vantage career technical programs. Awards of Distinction and scholarships highlighted the event, which was held at the Niswonger Performing Arts Center in Van Wert to accommodate the growing crowd.

​Mr. Tony Nighswander, (Vantage 1983) recent Alumni Hall of Fame inductee, was the guest speaker. He shared his story and gave some great advice to the seniors.

The student speaker for this year’s ceremony was Connor Baumle, a senior in the Carpentry program. Connor shared how his decision to attend Vantage helped him grow and determine a career path he wanted to follow. He thanked teachers, staff members, classmates, and those attending the ceremony for their guidance, friendship and support.

​In March, 2014, Vantage Welding junior Robbie Seffernick lost his life in a car accident. His family established the “Hey Buddy Scholarship” which was awarded to Hailey Dempsey (Wayne Trace) and the Robbie Seffernick Memorial Award to be presented to a junior Welding student. This year, the award was presented to Darius Shurelds (Delphos Jefferson).

​All student scholarship recipients were recognized at the Awards Assembly. This year, Vantage students received over $203,855.00 in scholarships to continue their education.
​CONGRATULATIONS to the Vantage Career Center class of 2018! 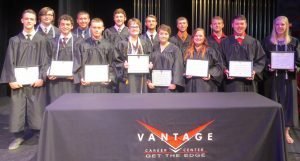 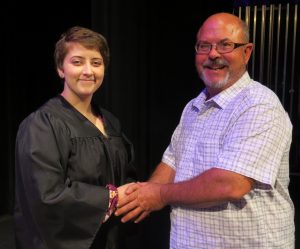