A Mass of Christian Burial will be celebrated at Visitation Church, St. John Paul II Parish, at 10:00 a.m., Wednesday, May 21. Con-celebrants will be Rev. Johndamaseni Zilimu & Rev. Steve Ellis. Visitation will be held from 3:00-7:00 p.m., Tuesday, May 20 at Rux Funeral Home in Kewanee with the rosary being recited at 3:00 p.m. Burial will be in Mt. Olivet Cemetery in Kewanee. Memorials may be directed to an education fund for his children c/o Peoples National Bank, Visitation School, or Drive Out Sarcoma.

Jim graduated from the University of Dayton with a BS in Mechanical Engineering. After graduation, Jim moved to Illinois to work at Martin Engineering in Neponset. While at Martin Engineering, Jim was listed as an inventor on three patents for his firm. He earned his MS in Engineering Management from the University of Missouri –Rolla. At the time of his passing, Jim was the Engineering Manager for Martin Engineering. He was a member of St. John Paul II Parish at Visitation Church in Kewanee. He was an avid fan of Ohio State, the Cleveland Indians and the Cleveland Browns, but due to being unable to watch the Indians and Browns, he cheered on the Chicago Cubs and Bears with his kids. He loved to help coach his kids sport teams and spending time with his family and friends. Jim had a strong faith in God, and it is through his faith and the support of his family, that he was able to battle cancer with such grace. Private condolences can be left at www.ruxfuneralhome.com. 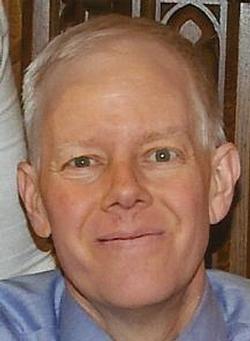