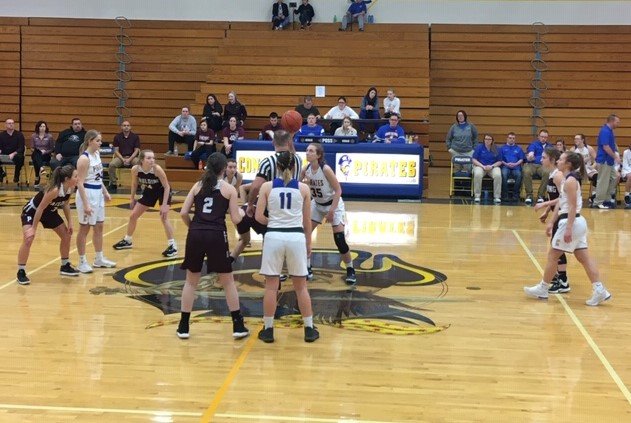 A fast start by the Continental High Girls basketball was all Paulding needed to provide impetus for a huge comeback. The host Pirates got on the board first as Alex Hoeffel put in a basket that was followed by a Paulding basket 2 all. The two teams traded baskets with Catelyn Etter hitting for the Pirates to make it 4-4. The Pirates would then go on a 7 point run to take a 11-4 lead. Etter, Katie Keller both put in baskets for the Pirates while Kerri Prowant hit a 3. 11-4 Pirates. The Panthers would score the last 7 points of the quarter to make it 11 all after 1. The Panthers would take the lead for good by putting in the first 9 points of the second quarter with a 3 baskets and a 3. Panthers 20-11. The Pirates would get on the board in the second quarter when Etter would make a basket that was followed by a Panther basket 22-13. Etter would bring the Pirates back to within 7 with a basket. A Panther 3 was followed by a 3 from Prowant to make it 25-18. That would end the Pirates scoring for the half as the Panthers would finish the quarter on a 7 point run. Panther 32, Pirates 18 at half.

The crowd was entertained at halftime by the elementary girls scrimmaging. The Panthers would start the second half by hitting the first 5 points to make it a 19 point game 37-18. A basket by Etter did not slow the Panthers as they would then go on a 7 point run Panthers 44, Pirates 20. A basket by Hoeffel would finish the Pirates third quarter scoring at 22 but the Panthers would end the quarter on a 13 point run for a 57-22 Panther lead after 3. The Pirates would put in the first 8 points of the fourth quarter as Hoeffel would put in a 2 and a 3 and Prowant a 3 to cut the Panther lead to 27, 57-30 but the damage was done and although the Pirates would outscore the Panthers 16-5 in the fourth it was the Panthers who took home the 62-38 win.

Alex Hoeffel led the Pirates with 13 points while Catelyn Etter had 12. Kerri Prowant put in 9 and Madelyn Potts and Katie Keller had 2 each. Continental made four 3s, Prowant with 3 and Hoeffel with 1. Paulding hit five 3s. Continental was 4/10 from the line while the Panthers were 11/14.

Continental falls to 10-9 and will host Wayne Trace on Tuesday in a non league game. Paulding improves to 16-3. Paulding won the Junior Varsity contest. 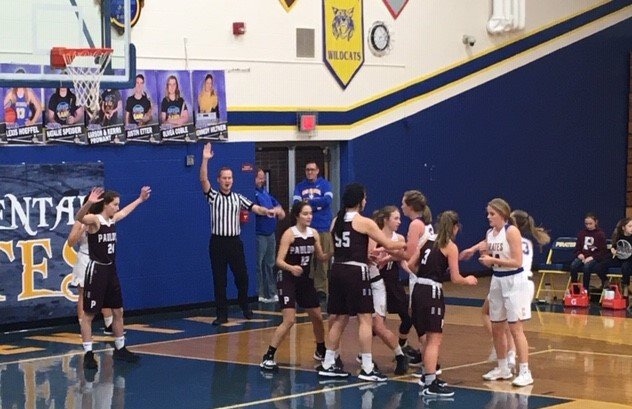