Lenore was a homemaker and also retired as credit manager from Sears Catalog Store. She also helped her husband on the farm. She was a 1938 graduate of Continental High School. Lenore was a life member of North Creek United Methodist Church where she was very active. She was a 60 plus year member of Continental Eastern Star #129. She was past Matron and served in practically every office. In 1974 she was the Deputy Grand Matron. She enjoyed getting together with her family and hearing everything they had been doing. She also enjoyed working in her yard and garden, tending to her flowers especially her roses.

A Funeral service will be 11:00 a.m. Saturday, August 30, 2014 at North Creek United Methodist Church with Pastor Chuck Eagle and Pastor Rick Noggle officiating. Burial will follow in Monroe Cemetery, Continental. Visitation will be from 2 to 8 p.m. on Friday at HEITMEYER FUNERAL HOME, Continental and one hour prior to the service at the church on Saturday. There will be an Eastern Star service at 7:00 p.m. on Friday at the funeral home.
Condolences can be sent to: www.heitmeyerfuneralhome.com 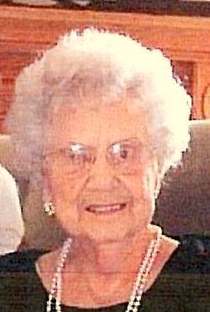