Marjorie would like to thank the Church and all those who have given their support and love to her during her life.

Marjorie Treece, 79, of Ayersville, passed away at the Defiance Area In-Patient Hospice Center. After many months of battling cancer, she finally did succumb on December 22nd at 2:30 a.m.

Marjorie was born October 13, 1934 in Celina, Ohio, to the late Elbridge and Leona (Suhr) Enyart Brown. She married James Treece on August 17, 1957. She was an active member of the Dupont Church of Brethren and loved the Lord.

Marjorie had retired as an elementary teacher. She earned her BS degree from Defiance College and her Master’s degree from Wright State University. She taught in Celina Public School, Rockford (now Parkway), Toledo Public, and Continental School systems. She, earlier in life, was a Girl Scout leader and a 4-H leader. She taught Sunday School classes and volunteered at the District 16 School at Sauder Village. She was a member of both the Defiance and Putnam County Retired Teacher’s Associations, serving as DCRTA secretary for several years.

Marjorie is preceded in death by her parents, her step-father (Robert Brown), her brothers: Charles, Lowell (Margaret), Jim and sister Beth Ann.

Visitation hours will be Thursday, December 26th from 2-5 and 6-8 p.m. at HEITMEYER FUNERAL HOME in Continental. Funeral services will be Friday, December 27th at 10 a.m. at Dupont Church of Brethren with Pastors Terry Porter and Doug Price officiating. Burial will be following the service in Monroe Cemetery, and a meal will be provided at the Church of the Brethren after the burial.

Memorials may be made to Hospice, the church’s CHOW program, or to the Gideon’s.

Condolences may be expressed to: www.heitmeyerfuneralhome.com. 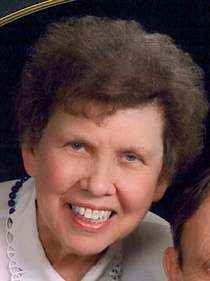