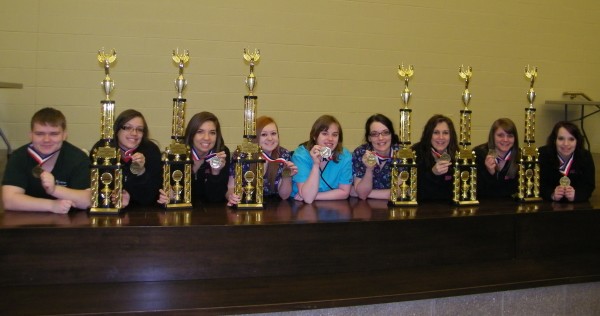 And then there were 9…Thirty Vantage business students competed at the Ohio BPA competition in Columbus and nine will advance to the national contest in Indianapolis!

These students, along with their teachers Mrs. Jill DeWert, Mrs. Paula VanTilburg, and Mr. Larry Regedanz, will be a part of the 2014 Business Professionals of America Leadership Conference “Accelerate Your Future” in Indianapolis, Indiana April 30 – May 4. Approximately 5,500 students from throughout the United States will participate in Business Professionals of America’s 47th National Leadership Conference. Activities will include general sessions with keynote speakers, business meetings, leadership workshops, contests, and the election of national officers.