She is survived by 3 children: Ed (Jackie) Tracy, Bill (Faye) Tracy, and Elaine Beegle all of Continental; 10 grandchildren; 18 great-grandchildren; many great-great-grandchildren; and 2 sisters: Stella Frost of Defiance and Marianne Baringer of Ayersville. She was also preceded in death by 4 brothers: Albert “Fat”, Wilbur “Hike”, Jeff, and Robert Shafer and 3 sisters: Florence Sheeks, Beaulah Weller, and Mildred Shafer.

Pauline was a homemaker. She was a member of Dupont Church of the Brethren, Daughters of the American Revolution, and the Continental Garden Club. Pauline wrote two books, one on her heritage and one on her childhood.

A Funeral Service will be held 11:00 a.m. Saturday, March 14 , 2015 at Dupont Church of the Brethren with Pastor Terry Porter officiating. Burial will follow in Monroe Cemetery, Continental. Visitation will be one hour prior to the service at the church. In lieu of flowers memorials may be made to the Pre-school Scholarship Fund at Dupont Church of the Brethren. Condolences can be sent to: www.heitmeyerfuneralhome.com. 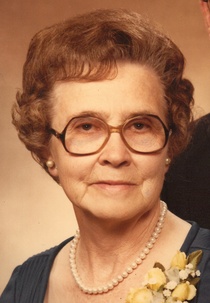