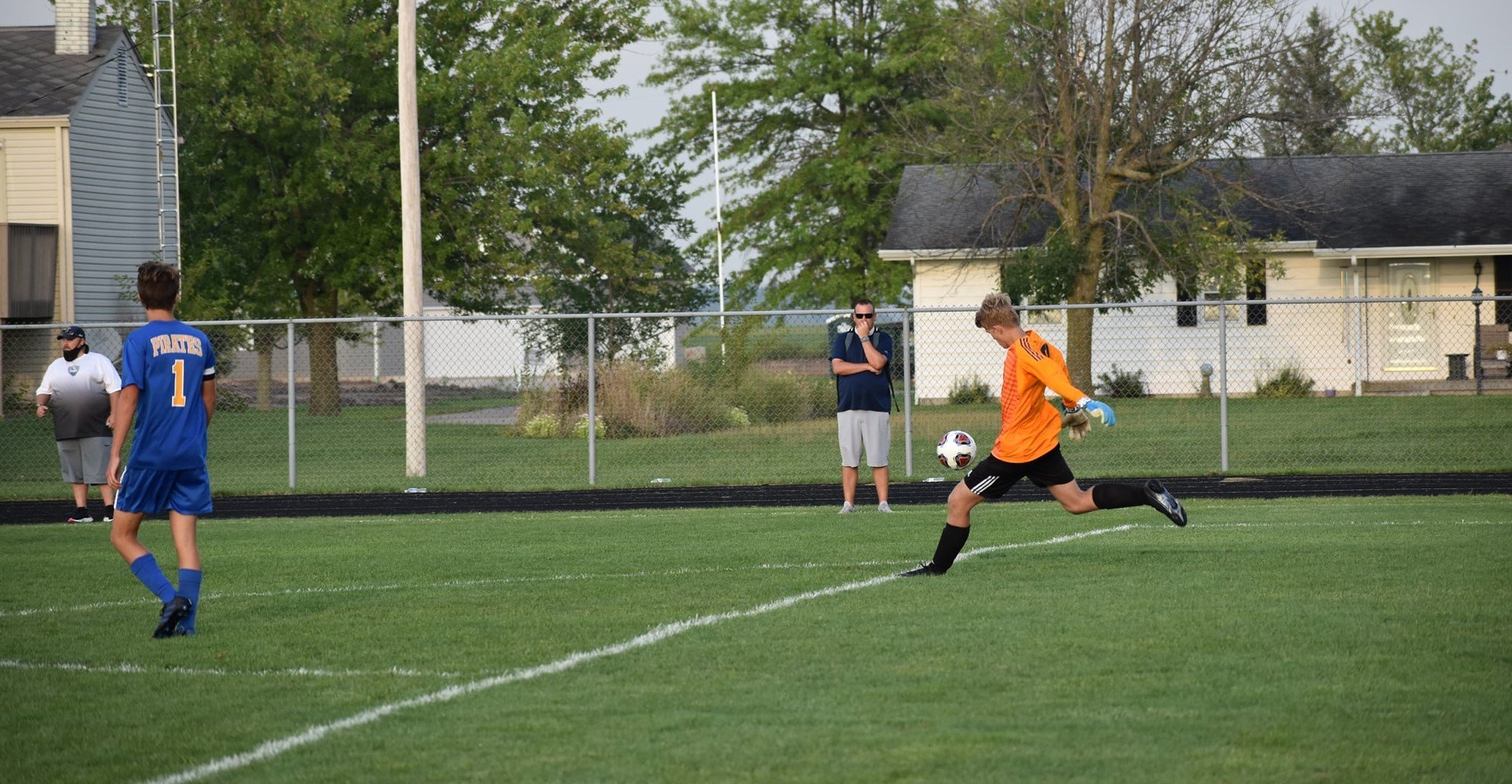 It took a while for the Pirate offense to heat up on Saturday but in the second half it did as they put in 4 goals in a 2 minute stretch on way to a 9-0 win over Northwood in Boys Soccer.   The visiting Pirates scored first with just under half of the half gone when Carson Etter put in a Wyatt Davis pass to make it 1-0.  The Pirates made it 2-0 with 4:06 left in the half when Braxton Stegbauer converted a crossing pass from Davis.  Pirates 2, Rangers 0 at half.

Pirate Rhenn Armey opened up the second half scoring when he put in a goal off a Bryce Recker pass 4 minutes into the half.  Wyatt Davis put in a goal at the 23:33 mark to start a 4 goal run that put the game away for the Pirates.  Armey followed up Davis’s goal 39 seconds later.  One minute later Armey would make it a hat trick with another goal with Peyton Wilson getting the assist.  21 seconds after that Wilson made it 7-0 when he hit the back of the net off an Armey pass.  Noah Bibler would finish up the Pirates scoring with 2 goals at 18:21 and 12:10 left in the game.  Pirates 9, Rangers 0.

The Pirates outshot the Ranger 19-0.  Konnor Knipp-Williams picked up the shutout win in goal.

Continental improves to 6-0 and will travel to Ottoville on Tuesday for a Putnam County League matchup of the unbeaten Big Green.