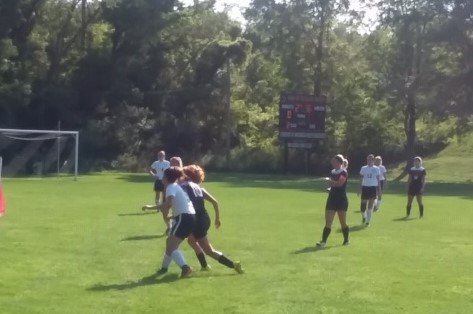 Pirate action kicks off on Tuesday this week as the Continental High Volleyball team will travel to Wayne Trace for a OHSAA Division IV Kalida District Sectional Semifinal.  Wayne Trace is seeded 8th in the Kalida District and the Pirates are seeded 9th.  This game is a rematch of the Pirates third game of the season that went the Raiders way 3-1.  Winner of the Continental/Wayne Trace will travel to #1 seed St Henry on Thursday for the Sectional Finals.  St Henry is currently ranked #1 in the OHSVCA State Division IV poll.

Pirate Girls Soceer Sectional action kicks off with Continental taking a bye and moving straight to hosting the Sectional Finals against Evergreen who also took a bye.  Continental is seeded 4th in the OHSAA Girls Soccer Division III Evergreen District.  Winner of the Continental/Evergreen game will play at Evergreen on Tuesday October 22 against the #9 seed Ostego/#8 seed Delta/#1 seed Archbold winner in a District Semifinal.