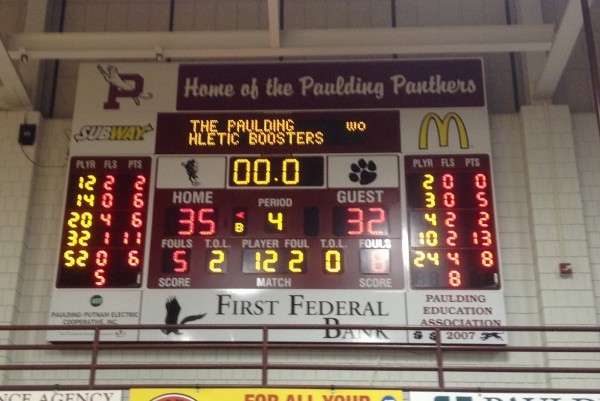 Patrick Henry (5-18) was the opposition to Continental (11-12) in the Paulding DIV Sectional Semifinal. In a low scoring affair that had the Patriots leading after one quarter of play 10-8, the Pirates cut the deficit in half at halftime for a 19-18 Patriot lead. Continental continued to control the middle quarters as they outscored Patrick Henry 10-6 in the third for a 27-24 Pirate lead. Both teams scored 8 in the fourth for a Pirate final of 35-32. The Pirates over came a cold 2-11 from the foul line. Leading the Pirates were Freshman Wade Stauffer with 11 (2 –3s) and Junior Zach Schwarzman and Senior Tyler Rue 6 points each. Rue also had 5 steals while Junior Gabe Williams had 7 rebounds.

The Pirates travel back to Paulding for the Sectional Final against GMC Champion Wayne Trace (19-3). This game will tip off at 6:15.