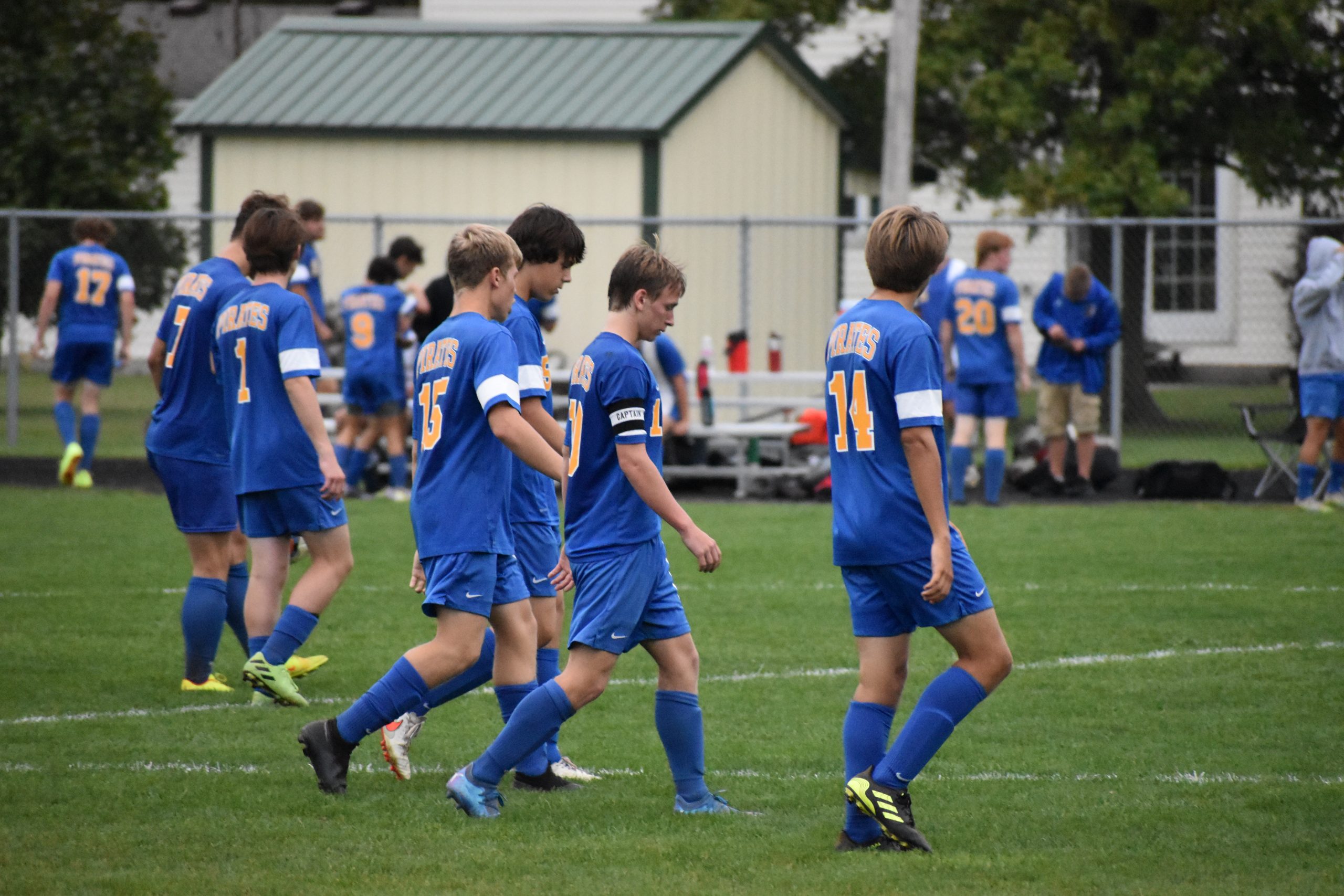 Continental High Boys Soccer  was assigned to the OHSAA Volleyball Division III for the upcoming 2022 season.  Of the 189 teams in Division III Continental came in as the 7th smallest school in the state with a competitive balance number of 47.  Continental has 47 males in the top 3 classes and a competitive balance number of 0.  For a total of 47 for assignment purposes.  IRONTON ST JOSEPH CENTRAL  is the smallest school in Division III with 15 males (2 CB).  Overall Division III has 189 schools with the upper cutoff number (males + CB) being 186. WOOSTER TRIWAY (186 males +0 CB), NORWAYNE CRESTON (183 males + 3 CB) and WHEELERSBURG (176 males + 10 CB) were at the top number.  WOOSTER TRIWAY has the most males in DIII with 110.
Listed below is the numbers of all the Putnam County League schools.
Continental    47 Males  0 CB  7th smallest school
Fort Jennings  48 Males  3 CB  10th smallest school
Ottoville      50 Males  2 CB  11th smallest school
Miller City    56 Males  0 CB  14th smallest school
Kalida          66 Males  4 CB  19th smallest school
All the teams that made it to the State Finals in Division IV are back in Division III.  All the teams in the Kalida District (where Continental was assigned) are back except Lima Bath.  The Wildcats moved up to Division II.
The following teams moved down from Division II to Division III.
WOOSTER TRIWAY
CONNEAUT
WAYNESVILLE
OTTAWA-GLANDORF
FAIRVIEW PARK
SPRINGFIELD NORTHWESTERN
CHESAPEAKE
BATAVIA CLERMONT NORTHEASTERN
FINDLAY LIBERTY-BENTON
CADIZ HARRISON CENTRAL
CARLISLE
MILAN EDISON
BEACHWOOD
WEST PORTSMOUTH
CLEVELAND BARD HIGH SCHOOL EARLY COLLEGE
HURON
RAVENNA SOUTHEAST
Ottawa Glandorf, Liberty Benton, Milan Edison, and Huron are in the Northwest District.  Schools in Northwest Ohio that moved from Division IV to Division III in 2022 include Delta, Ostego, Willard, and Lima Bath.
–Mike Jones, Sportswriter