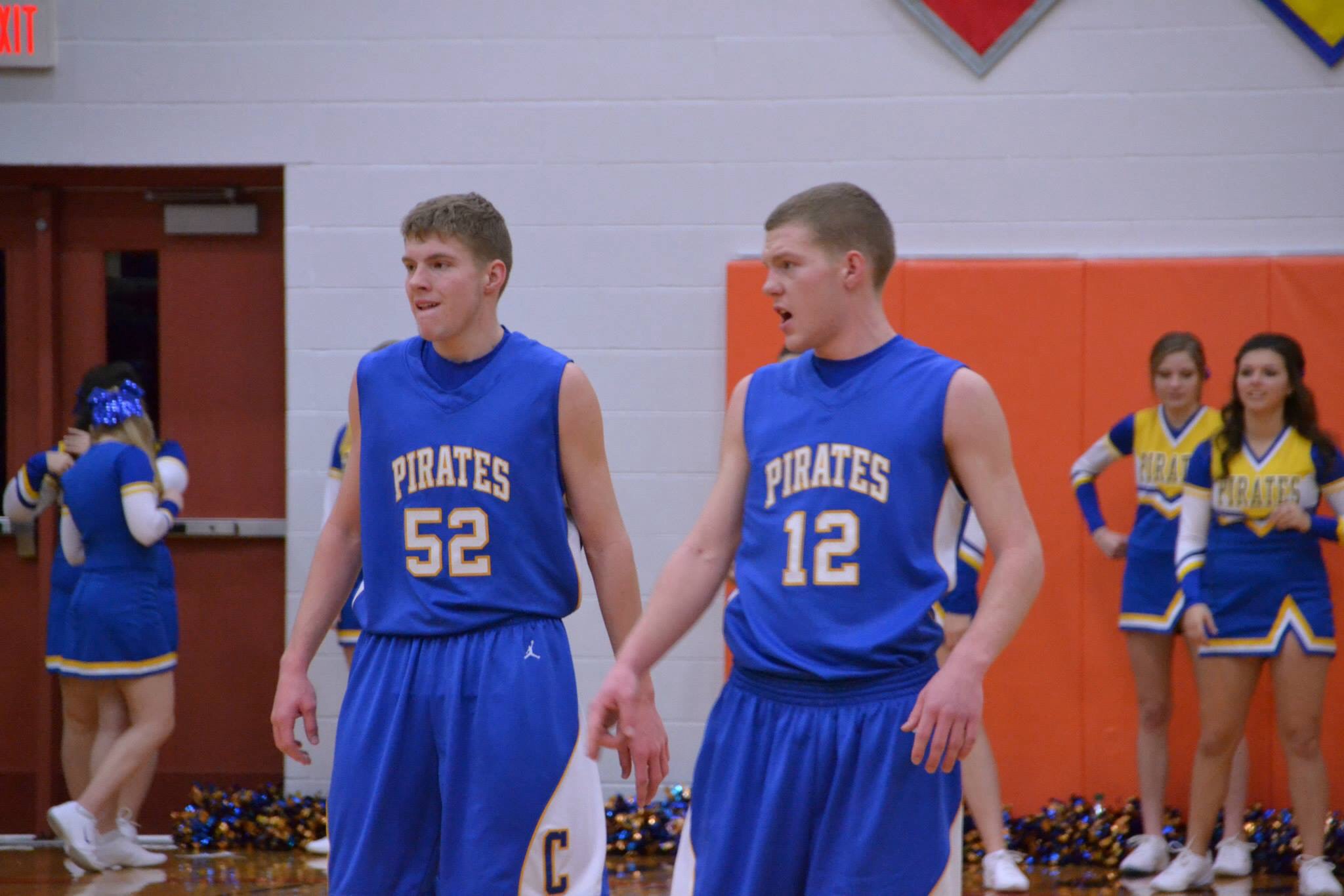 Fort Jennings opened the game by scoring 11 of the first 13 points and outscored the Pirates 6-4 in the last 5 minutes to pull out the Musketeer win. The Friday night thriller at the Fort had Jennings jump out to an 11-4 lead after one. The Musketeers scored 4 of the first 6 in the second to expand their lead to 14-6 only to see the Pirates score the next 7 to make it a 1 point game midway through the second. Halftime had the Musketeers leading 20-17. Excitement occurred at the end of the half as Pirate Derek Troyer saved the ball under the Pirate hoop with a pass only to see the pass deflect off a Fort Jennings defender and fall into the Pirate hoop as time expired. A fairly even third quarter had the Musketeers expand their lead by 2 29-24. The PIrates opened the fourth by scoring the first 6 points to take their only lead of the game 30-29 on a Joey Swager free throw at the 5:15 mark. Fort Jennings then scored the next 6 points to take a 35-30 lead. The Pirates battled back with Gabe Williams making a free throw and a Trevor Williamson 3 with 33.6 second left made it a one point game. In the end the Pirate missed 4 shots and a couple of free throws in the last 5 seconds as the Musketeers pulled out the one point win 35-34.

Wade Stauffer lead the Pirates with 10 points (2 three pointers) while Gabe Williams added 9. Jacob Williams and Joey Swager each scored 4 with Trevor Williamson making a 3 pointer and Tyler Brecht and Derek Troyer put in 2 each.

Continental is now 3-9 (1-2 in the PCL) while Fort Jennings is 4-8 (2-1 in the PCL). Fort Jennings won the reserve game 50-39. The Pirates are in action Saturday night as they host the Archbold Blue Streaks.