CONTINENTAL – Randall Bartley, 56, of Continental, passed away at 7:13 a.m. on Monday, April 4, 2022 at Mercy Health St. Vincent Medical Center, Toledo.  He was born in Pikeville, Kentucky to the late Howard and Novella (Abshire) Bartley.  On February 4, 2020, he married Dannielle Robison, she survives in Continental.

Along with parents, he is also preceded in death by a grandson, Demetrius Meeks.

Randy was a retired truck driver from Bartley Trucking.  He had served in the U.S. Army. Randy was also in the Rapid Fire Band.

Funeral services will begin at 11:00 a.m. on Wednesday, April 13, 2022 at HEITMEYER FUNERAL HOME, Continental with DeWayne Abshire officiating.  Burial will follow in Fairview Cemetery, Dupont.  A visitation will be held on Tuesday from 4 to 7 p.m. and again on Wednesday from 10 a.m. until the time of service. 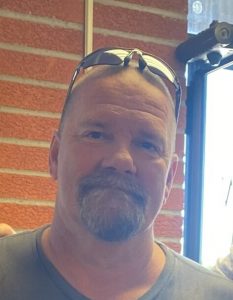