Robert H. Fleming, age 78 of Defiance, passed away on Sunday, November 15, 2020 at The Laurels of Defiance.

He was born on January 3, 1942 to the late Talby and Clara (Short) Fleming in Grundy, Virginia. He was a 1960 graduate of Grundy High School. Bob proudly served our country in the U.S. Marines from 1960 to 1964. On August 17, 2017 he remarried Julie (Garcia) Fleming, who resides in Defiance. Bob worked for over 42 years in the Maintenance Department, and was a Committeeman for several years at General Motors until his retirement in 2009. He loved talking to people, he never met a stranger and was a friend to everyone. He loved God and reading his Bible. Bob will be sadly missed by his family and many good friends.

In addition to his parents, he was preceded in death by four brothers, Paul, Bill, Doug, and Larry Fleming, and his sister, Barbara Sweeny.

A graveside service will be held at a later date at Riverside Cemetery in Defiance.

Memorials are suggested to a charity of the donor’s choice.  Online condolences can be given at www.Schafferfh.com. 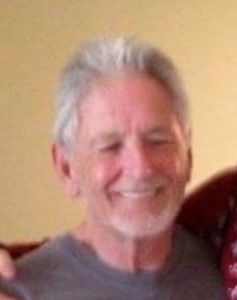