CONTIENTAL – Ronald E. “Joe” Okuly, 71, of Continental, died Friday, November 8, 2019 at his residence. He was born March 7, 1948 in Defiance to the late Cornelius and Alice (Fackler) Okuly. On July 1, 2000 he married Teresa Howard (Carder) and she survives in Continental.

He was also preceded in death by a brother, James Okuly; and a granddaughter, Amanda K. Powell

Joe retired in 2011 from General Motors in Defiance after 48 years. He was a member of St. John the Baptist Catholic Church, Continental and the local UAW. He was an avid bowler and very proud of his numerous 300 score games. Joe loved to fish, hunt, play cards and spend time with family and friends.

Funeral mass will begin at 10:30 a.m. Tuesday, November 12, 2019 at St. John the Baptist Catholic Church, Continental with Fr. Mark Hoying. Burial will follow in St Joseph Cemetery, North Creek. Visitation will be from 2-8 p.m., Monday at HEITMEYER FUNERAL HOME, Continental as well as one hour prior to the mass Tuesday at the church.

Memorial donations may be made to the Continental EMS or to the charity of the donor’s choice. 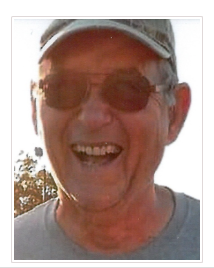