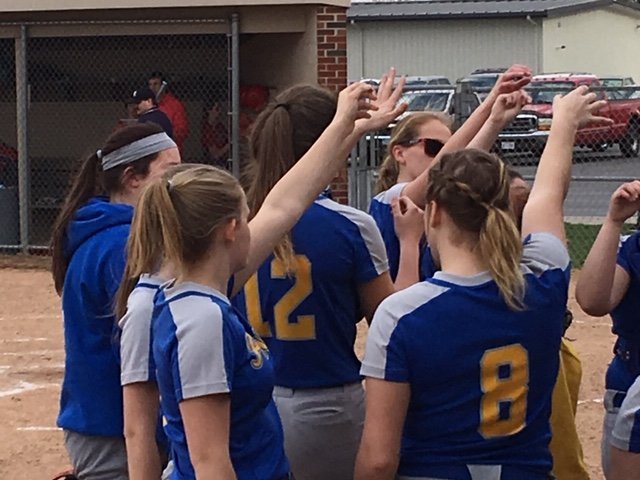 On Saturday, Continental hosted Columbus Grove in Putnam County League Softball.  Two big innings by the Bulldogs decided the game.  Columbus Grove scored 2 runs in their first at bat to take the early lead.  A scoreless first by the Pirates was followed by an 11 spot by the Bulldogs to make it 13-0 after one and a half innings.  The Pirates would battle back as they put 3 runs on the board in their half of the second and followed that up by scoring the only 2 runs in the third.  Columbus Grove 13, Continental 5 after 3.  The Bulldogs would put the game away with 8 runs in the fourth to take a commanding 21-5 lead.  The Pirates would score one in the fifth for a 21-6 Bulldog final.

Riley Fenter took the loss for the Pirates.  The Pirates had 3 hits with Catelyn Etter having a double and an RBI.

Senior day was also held Saturday as the team honored Seniors Riley Fenter, Madison Sharp, and Jessica Stauffer.  Thanks for the memories and good luck in the future Seniors!