Suzanne Shafer, age 81, of Plymouth, passed away on Friday, July 8th, at her home in Plymouth. She was the loving mother of Brent Spitnale (Patricia Nylander Spitnale) of Sparta NJ, and the late Bambi Surprenant. Sister of Jon Shafer, and the late Sandra Brady. She is also survived by her grandchildren Jane Barooah, Susan Spitnale, Peter Surprenant, Renee Fitzgerald and Lauren Haines. As well as her great grandchildren Warren Surprenant, Emilia Fitzgerald, Connor Fitzgerald and Teagan Haines.

Suzanne was born in Continental, Ohio on January 23, 1941, daughter of the late Howard and Lois (Day) Shafer. She graduated as valedictorian from Continental High School, and later from Defiance College with a degree in English. After moving from Ohio to Massachusetts in the late 1980’s, Suzanne enjoyed living in a number of towns, including, Marion, Duxbury, Boston and Plymouth. She loved being a snowbird and spent many years “Wintering” in Newport Beach, CA, ultimately become a full year resident there for a few years before returning to Plymouth to be near family and friends.

Suzanne retired in 1999 from the Plymouth School System, after a long and happy career as an English teacher. Suzanne adored the theater and was the teacher for the drama club.

She was an avid New England Patriots fan and loved flowers and gardening. Also an enthusiastic reader, she was a book club member for many years. Traveling was also one of her favorite things to do. Having been to numerous destinations in Europe. After the loss of her daughter to breast cancer, Suzanne was an active volunteer for breast cancer, assisting patients going through treatment as well as contributing her time for research studies. Suzanne was a faithful person who attended services at the Faith Community Church in Plymouth. 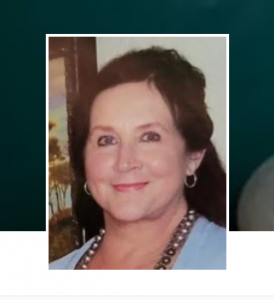