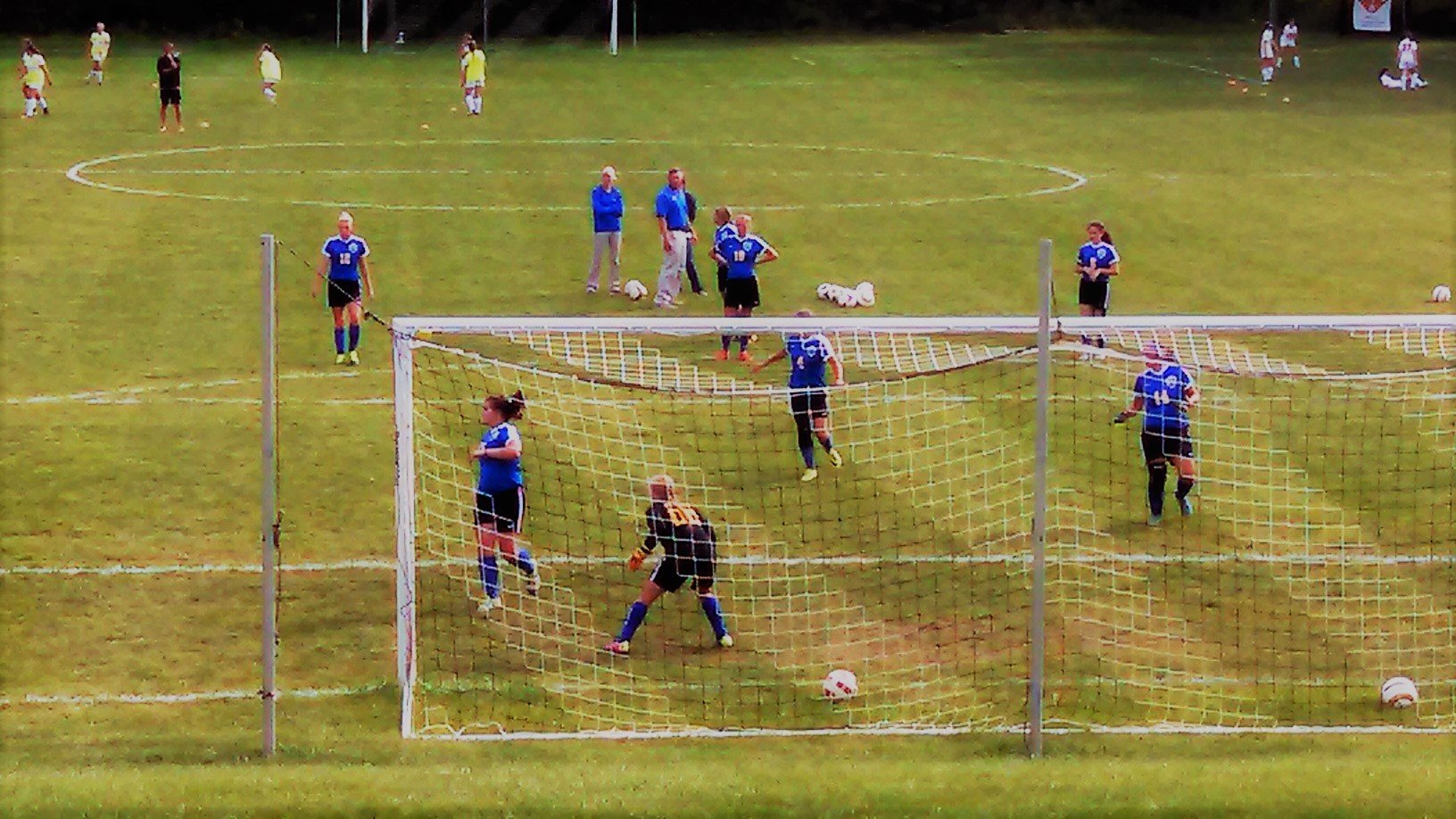 On Monday Continental Girls soccer team traveled to Van Buren for a non league game.  Action started early with the Pirates getting the first shot on goal at the 36:27 mark.  After both teams getting chances for a goal it was Van Buren who hit the back of the net first at the 28:01 mark.  A pair of Pirate shots missed the mark.  Then Kaitlyn Alvarado followed up a shot on goal and drove home the misplayed ball in for the Pirate score at the 21:38 mark.  (Alex Hoeffel got the assist on the goal)  Pirates 1 Black Knight 1.  At the 14:23 mark the Black Knights floated a shot form the 20 over the Pirate goalie to take a 2-1.  The score remained that way at half.

Continental was out shot 12-9.  Pirate Goalie Angel Brzozowski had 6 saves.

Continental falls to 3-4 and will travel to Northwood next for a game on Saturday.  Van Buren improves to 3-3-1