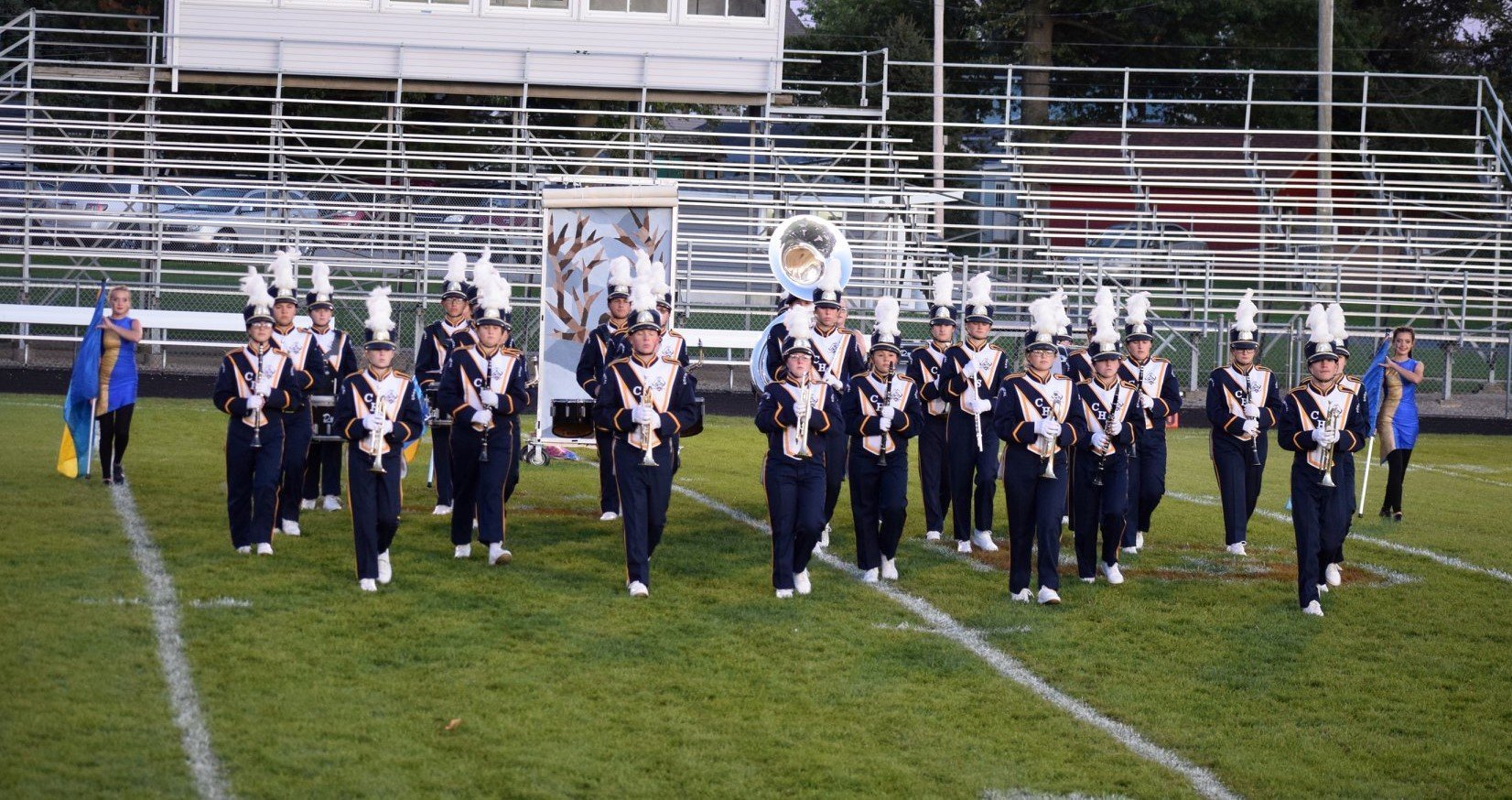 Continental High returned to the big field and bright lights as they marched into the competitive marching band arena.  The bands first performance was at Ottawa-Glandorf for the 26th Annual Parade of Bands on Saturday September 28.  The Pirates earned a IV rating and were selected as third place in class C.  The Band took the constructive critique from the judges at the Parade of Bands and went to improve on their score at the contest at Columbus Grove a short 2 weeks later.  At Columbus Grove the Pirates earned a III on Saturday October 12.  The rating scale is I – V, with a I being an extraordinary performance, qualifying a band to perform at state contest (CHS received a III and IV).

Other members of the band:

The Bands competitive season is over but you still have a chance to catch the show at the Lions Club Halloween Party at the High School Gym on October 31.