DEFIANCE – Floyd H. Worline, Jr. 86 of Defiance, formerly of Dupont, died at 7:58 a.m. Friday, December 27, 2019 at CHP Defiance Inpatient Hospice. He was born October 30, 1933 in Townsend Township to the late Floyd Sr. and Florence (Swicker) Worline. On December 23, 1955 he married Janet DeVelbiss who survives in Defiance.
Also surviving are three children, Timothy (Robin) Worline of Continental, Susan (Tom) Darby of Dupont, and Amy (Mike) Luebrecht of Ft. Jennings; six grandchildren; four great-grandchildren; a brother, Dale (Colleen) Worline of Defiance; and a sister-in-law, Hilda Cummings of Lima. He was also preceded in death by a grandson, Joel Luebrecht; two brothers, Paul Cummings, and Eugene (Edith) Worline; and two deceased sisters, Betty (Marvin) Bixby and Myrtle (Clifford) Jones.
Floyd was a forklift operator for GM from 1953 until he retired in 1989. He was a U.S. Marine veteran. He was a member of Continental’s American Legion #541, Defiance VFW and Moose Lodge and a former Dupont Village Council member. Floyd enjoyed boating, bowling and spending time with his family.
Funeral Services will be held 4:00 p.m. on Monday, December 30, 2019 at HEITMEYER FUNERAL HOME, Continental with ministers, Tim Worline, Tom Darby, Morvin Dixon, and Gene Worline, Jr.officiciating. There will be a military service by the Continental American Legion after the service. Burial will be at a later date in Fairview Cemetery, Dupont. Visitation will be from 12:00 p.m. until the time of the service on Monday at the funeral home.
Memorials may be made to Conquer Childhood Cancer Now, P.O. Box 126, Defiance, Ohio 43512. Condolences can be expressed at: www.heitmeyerfuneral home.com. 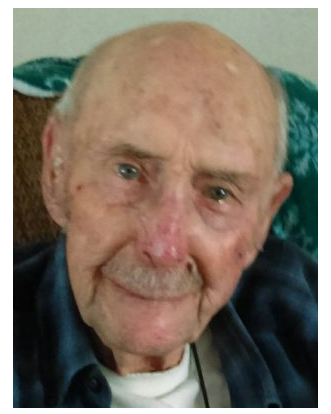