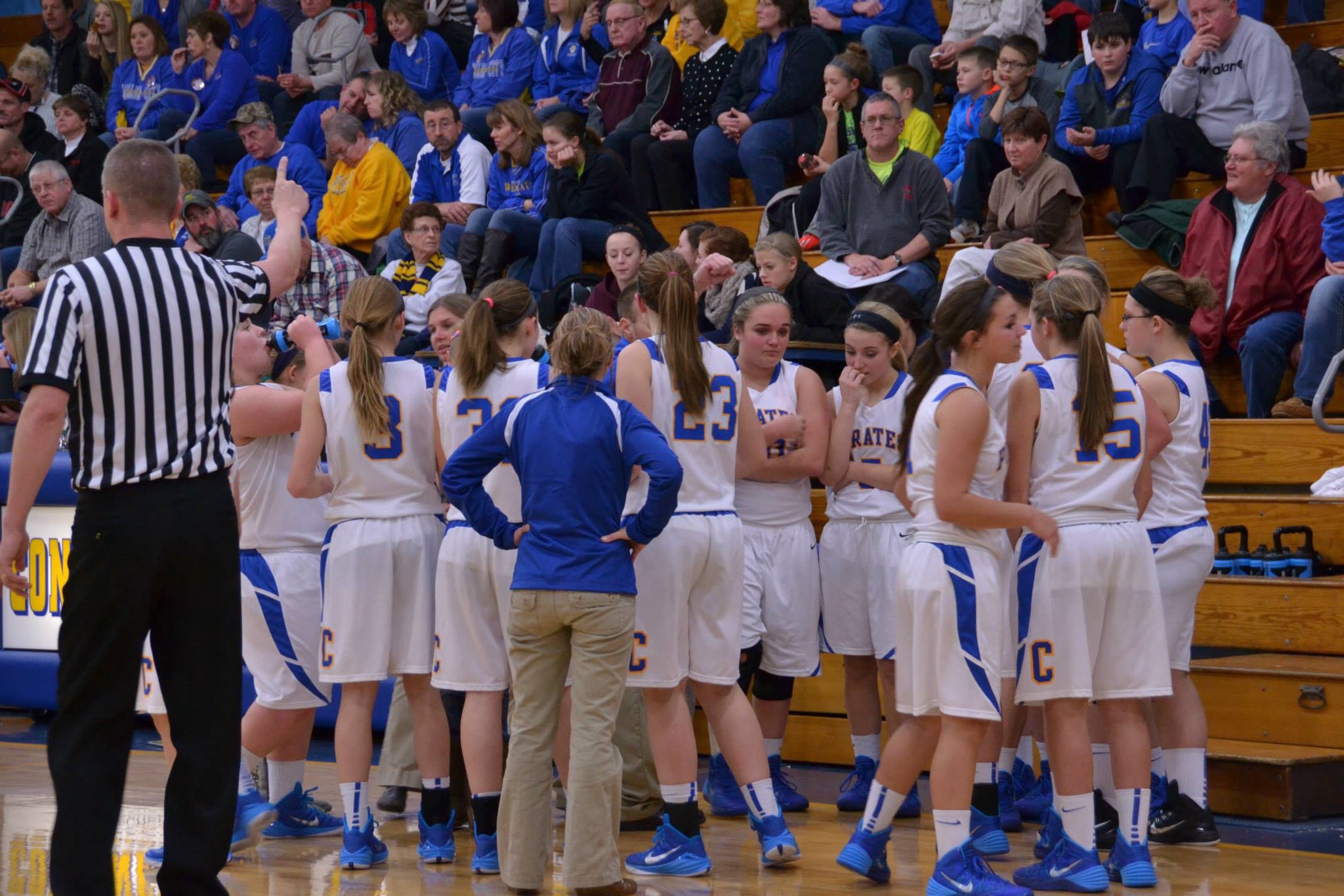 The 2014-15 Continental Lady Pirates season came to an end Wednesday at the Division IV Sectional Semi Final at Bryan. The Pirates came out and scored 13 points in the first quarter but the Raider D tightened and held the Pirates to another 13 the rest of the game. The first quarter had the Raiders take the early advantage 22-13 to huddle. The second quarter, the Pirates were held to 7 points while the Raiders scored 16 to double their lead. Halftime saw Wayne Trace with 38, Continental 20. The second half was all Raiders as they held the Pirates to 3 points in each quarter while scoring 13 in the third quarter and 17 in the fourth. Raiders 68 Pirates 26.

The Pirates end the season with a 3-20 record. A big Continental eNews shoutout goes to Seniors McKenna Scott and Emma Recker on a well played season. Good luck in the future Ladies.