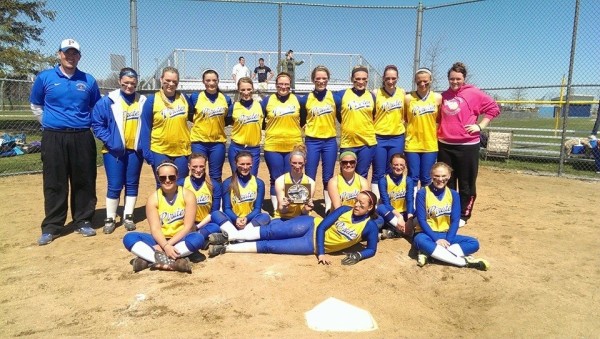 The Lady Pirates played 3 games and won 3 games this week. Action for the softballers started on Tuesday as Delphos Jefferson came into town. The Pirates picked up the 11-8 win. Mother Nature won the game against Columbus Grove , it has been rescheduled for Friday May 9.

Erica Fitzwater is one of the top hitting in the area batting at a .555 clip while Mckenna Scott is batting .435. Alex Quigley now has 17 stolen bases.

This week the Pirates host Miller City on Monday in their PCL opener. They travel to Byran on Tuesday and host Leipsic on Friday. Prom is Saturday night.