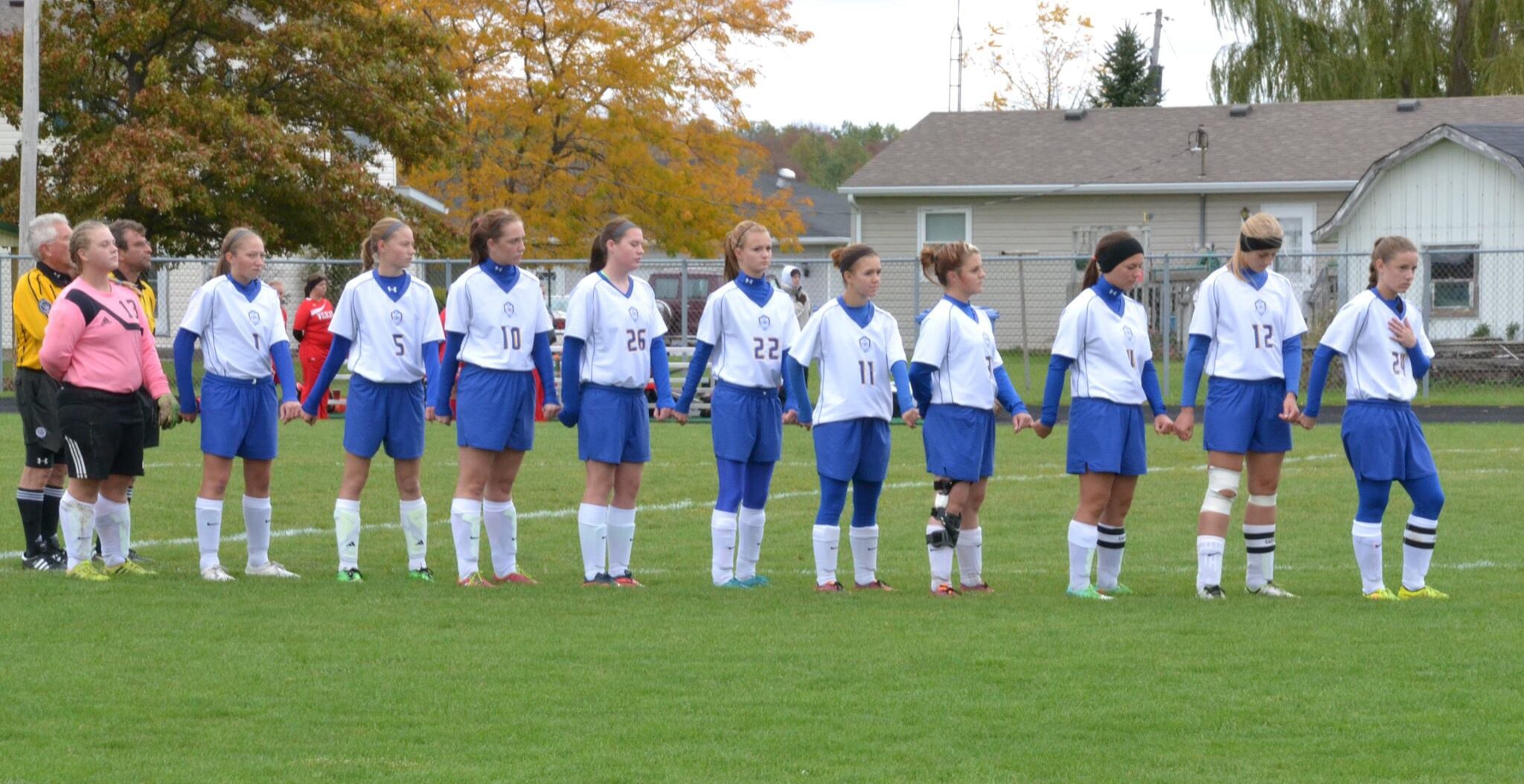 Well it was a nice night to check out the fall colors for both teams fans as they made the trek to Celina for Division III Girls Soccer action. Ottawa Glandorf opened up the game with an early goal while the Pirates matched it for a 1-1 score with 33 minutes left in the first half. The rest of the half was all Titans as they scored 3 more in the half for a 4-1 lead. In the second half the Pirates scored 1 while Titans scored 2 for a 6-2 Titan win. Paige Lawhorn and Taylor Niese scored goals for the Pirates.

OG (16-1-1) moves onto the District Finals to take on Kalida on Saturday. The Pirates close the season at 11-6-1 as Sectional Champs and PCL runnersup. Great Job Girls.